(This is an add-on to this list, passed on to me by Marian Evans of Wellywoodwoman and @devt.)

When:  Until October 30, and Ruiz’s films to screen include: 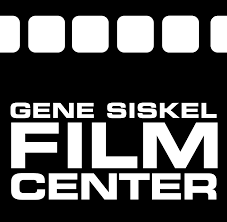 Director Wendy Jo Carlton follows her 2009 runaway hit HANNAH FREE with a complete change of pace: a sexy romp of a queer musical about loving the wrong girl at the wrong time. Oblivious to the clues that her roommate Jessie is in love with her, Jamie is moving to New York to try her luck on Broadway, leading Jessie to pine, pout, and act out with a hilarious clutch of mismatched dates, including Jamie’s own girlfriend. Steamy love scenes, sweet romance, and cool music by Tegan and Sara, God-des and She, and more, add up to a smart new look at the adventure of scoring a soul mate.

Read Wendy Jo Carlton’s interview with Her Film, “A Film of Her Own,” from this February.

For screening times and to buy tickets, please click here.

The Film Society of Lincoln Center will premiere the newly restored prints of three landmark 16 mm films from 1970 – Make Out, Growing Up Female, and Janie’s Janie – each preserved with a grant from The Women’s Film Preservation Fund, a project of New York Women in Film & Television. These films, emerging at the onset of feminism’s second wave, were a strong part of that movement’s politically driven cinema.

Directed by Agnes Martin. The Museum of Modern Art, in cooperation with The Pace Gallery, has undertaken a preservation of Agnes Martin’s only completed film, Gabriel, a historically unique work that both illuminates and complicates our understanding of the artist and her paintings. “My movie is about happiness, innocence, and beauty,” Martin observed, “It’s about this little boy who climbs a mountain and all the beautiful things he sees.”

All Women Are Equal (1974. USA. Directed by Marguerite Paris.)

In 2010, Kathryn Bigelow became the first woman in Academy Award ® history to win the award for Best Director for the Iraq war film, “The Hurt Locker”.

Did this win reflect a new era for women in film globally? Are there signs the male dominated culture of the film business is changing? Leading women in world cinema debate on why there are so few women at the top and how a new generation of female filmmakers is taking on the boys club. Join the discussion with acclaimed Lebanese director and actress Nadine Labaki (“Caramel”, “Where Do We Go Now”), producer Dora Bouchoucha (“Red Satin”), Turkish-German director Yasmin Samdereli of “Almanya” and Golden Bear Winner, director of “Grbavica” and “On the Path”, and DTFF 2011 juror, Jasmila Zbanic.

PERFECTION, 2011, 85 min. Christina Beck’s debut feature follows Kristabelle (played by Beck), a 30-something woman struggling with a cutting addiction and living in quietly miserable submission with her overbearing mother in the heart of the San Fernando Valley. Meanwhile, her mother Sally (Robyn Peterson), a once-aspiring actress tormented by the fame she never had, is addicted to a different kind of cutting – plastic surgery. Following a particularly distressing hook-up, Kristabelle goes on a self-mutilating rampage so bad that she winds up in a rehabilitation clinic for 30 days. There, with the help of a pot-smoking potential love interest, a newly sober British stand-up comic and the mysteries of Chinese medicine, Kristabelle struggles to find the self-acceptance she once had but lost. Discussion following with actress- director Christina Beck and cast and crew. Buy Tickets: http://www.fandango.com/egyptiantheatre_aaofx/theaterpage RSVP through Facebook here.

This event is FREE to members and non-members!

The WIF Independent Film Series is held every third Wednesday of the month at the above location.

The liberation war in Angola is underway. Domingo, an activist in the liberation movement, is seized and arrested by the Portuguese authorities. His courageous wife Maria journeys to find him, engaging in her own, brave resistance. This is a powerful story of the moments of the revolution, of the deaths that serve to unify a movement, and of the true meaning of political struggle that touches all spheres of life. The first feature film to be made in Africa by a woman, Sambizanga has lost none of the power with which it captured global audiences forty years ago.

Films directed by Women that Entertain, Inspire and Motivate

Additonal dates and locations to be announced.