A prolific filmmaker died this week: a documentarian and feature filmmaker, a director, writer, producer and cinematographer.  If you’re like me, you haven’t heard of her unless

you know something about Greek film.  In fact, Lucia Rikaki’s death was announced in only one  place that I could find through a google search, a Greek newspaper, without other mentions until more than a day after I searched.  There’s still little information available.  Everything I’ve read since seeing her death announced paints her as an enormously ambitious, motivated and involved person.  She was dedicated to the arts and not only worked on her own films, but helped set up organizations to support other artists.  What’s very strange is that she had a big online presence and her work is still floating around out there.  What will happen to it now?

You can watch a video of Rikaki talking about one of her most recent works, a documentary film about an international school in Cyprus that she shot over two years, Dreams in Another Language.

Canadians love Sarah Polley and she loves them.  She should, she’s a Canuck herself!  Since her directorial debut with Away from Her starring the brilliant Julie Christie and Gordon Pinsent, based on a story by Alice Munro, she’s written and directed 2011’s Take This Waltz starring Michelle Williams, Seth Rogen and former “Slings & Arrows” alum Luke Kirby and, now, will be adapting and directing literary royalty Margaret Atwood’s novel Alias Grace.  Polley’s quickly becoming one of Canada’s most recognized filmmakers, so it’s particularly exciting to see her adapt and direct a fellow Canadian’s 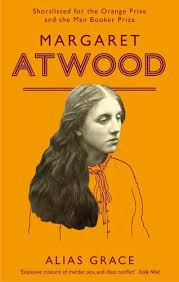 novel, an author whose work is also so widely lauded.  Apparently, Polley’s been wanting to do this for years.

Check out these links for the full scoop:

Here we go again, counting the women!    (I was wrong about this issue because I relied on non-PGA resources for the list of nominees which did not include the producers’ names!  On the PGA’s site, the announcement of its nominees does, in fact, include the producers eligible for the award.  You can check the PGA’s list by clicking here. )  There has been a petition over the last few years to reduce the number of producers who can actually receive an award since there tends to be a piling on which can result in a large group of producers who receive equal award credit.  Sounds like a good idea, but many people have been resistant to it.  The titles of PGA nominees are below with the names of the female producers who worked on each film.  Note these are only the nominees in the film category — no television is included.  Credited names include executive producers, producers, associate producers, co-producers, credited line producers and credited production executives; no differentiation is given here and information was gathered from IMDb.com.

For a list of all the nominees, check out this EW article.