“I like to surprise the audience and make them reconsider ordinary or familiar subjects which they are used to seeing in their daily lives.”

Orkide Ünsür is an award-winning indie filmmaker from Istanbul, Turkey. She has worked as a TV reporter, assistant director, assistant producer, script writer, director and producer for national TV channels and production companies.  She has also directed promotional films as a freelance director, made two short documentaries as co-producer and executive producer, and worked on short movies as a production coordinator, art director and actress. 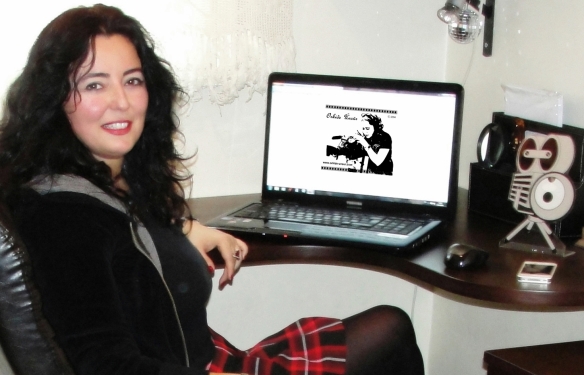 As producer, director & screenwriter, she made the short documentary COASTLANDERS 8 to 8  (2009)  which won the 3rd Best Documentary Award in the 8th Istanbul International Environmental Short Films Festival in Turkey, and she made the short experimental documentary Metruk (The Abandoned) (2010) which  won  the Indie Fest Award of Merit in La Jolla, California, USA. Her screenplay Sitophobia, which has won the WILDsound FALL/WINTER 2011 1-page Screenplay Contest at the WILDsound Film Festival in Toronto, Ontario, Canada, will be made into a film by Canadian filmmakers in 2012.

Orkide Ünsür is in the process of looking for funds for her latest short fiction screenplay, The Scarlet Awakening, and at the same time is working on her other film projects.

Her Film: You are a screenwriter, director and producer who has worked in both television and film.  Can you describe the journey you’ve taken to become a filmmaker in terms of both training and personal/artistic motivations?

Orkide Unsur:  I have been passionately in love with cinema since the day my parents brought me to a movie theater. I was only two and a half years old. I was mesmerised by the screen…In my opinion, there is no such work which can give the same satisfaction of creating a new world as filmmaking.

I have been watching lots of movies and reading as much as I can about filmmaking since I can remember. I have always wanted to make films. Fortunately, working in TV gave me the chance to enter the industry. I’ve taken courses about on camera, interviewing and editing techniques. I worked as a reporter, assistant director/producer, script writer, producer and director for TV channels and production companies. My first short film experience was my brother’s school project. It was a short fiction film called “Journey to the End Of Life”. I was working as an assistant director on that project.

Learning the filmmaking process is an endless education; filmmakers have to train themselves continuously. I wish I had more opportunities since I have loads of projects which I would love to realize. 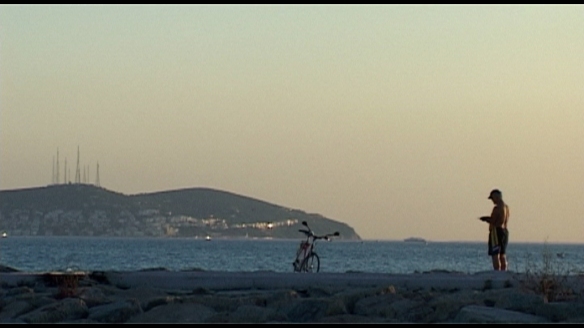 Still from Coastlanders 8 to 8 (Courtesy of O. Unsur)

HF: The logline for your latest project, Metruk, a short experimental documentary is “Condemned houses are like abandoned lovers” and the synopsis talks about themes of love and loss, passage of time and self-destruction.  With such a unique comparison of subjects, how do you approach the development of the story and what to visually represent on screen?

OU: I have always been attracted by the gothic souls of abandoned houses. I was very interested in playing with my friends around them when I was a child. We used to call them “Haunted Houses”. Although they scared me a bit, I loved them. I have wanted to film such abandoned houses. So, I have decided to film most of the abandoned houses which were in my present neighborhood. I considered it to be kind of a duty on my behalf to brighten the neighborhood and glorify something that has meaning as well as history. I guess some disappointments and sadnesses I have experienced in my private life gave the inspiration to me as a storyteller and they “pulled the trigger” to make me write my logline and produce Metruk at that time.

“Condemned houses are like abandoned lovers” was my road map and creative approach while I was making the film. I tried to observe them in their loneliness, sadness, and proudness. I also wanted to show their relationships and experiences with people, nature and animals. I didn’t create any fictional scenes or shots except my walk in front of the big wooden house.  We just followed our shooting plan as we enjoyed being eyewitnesses to some magic moments and lovely coincidences such as coming across a cut tail black cat, junkman or lonely mother and daughter.

I’d like to thank my cameraman/DOP Umut Can Sevindik again who collaborated with me very well and understood what I wanted. We also edited the film together. It was an enjoyable process. 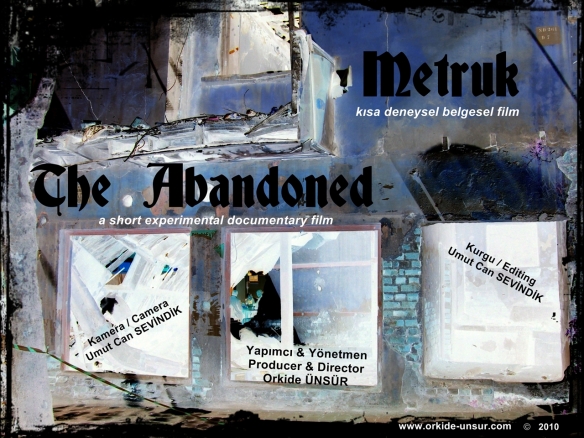 Poster for the short film Metruk (Courtesy of O. Unsur)

OU: I love fiction genre and feature length films as much as I love documentaries and short films. What attracts me to documentaries is recreating existence, reality, through my way of storytelling. I like to surprise the audience and make them reconsider ordinary or familiar subjects which they are used to seeing in their daily lives.

The documentaries I like to make are not about big issues such as wars or hungry children in Africa. I prefer to tell more specific, local, different or character-driven stories which give me the opportunity to use my artistic, emotional and experimental approaches as well as sense of humor (if the stories let me). And most importantly, for those kinds of documentaries, I need neither a big budget nor a large team. 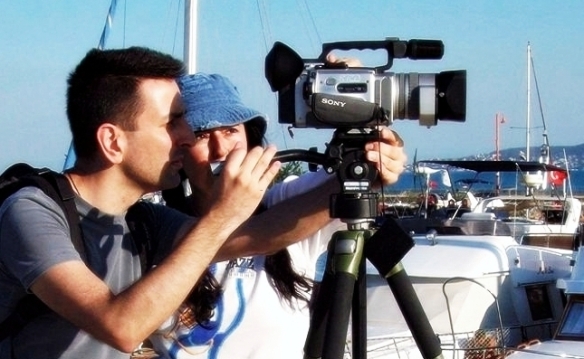 Short film is a genre that gives huge freedom to a director. It’s not only for students or emerging/young filmmakers, so I will always enjoy producing short movies. What I find most challenging with short films is being able to tell a story in a limited time. I find it alluring, indeed. Finding funds/sponsors as well as earning money is hard for shorts in general. Nowadays, I’m very excited about my latest project The Scarlet Awakening. It’s a short drama which combines domestic violence and flamenco music & dance. I have written the screenplay, found my main crew and actors. I’m in a process of finding financial support. I hope to bring it life as soon as possible.

In addition, it would be my pleasure to collaborate with other filmmakers, screenplay writers, producers, from not only Turkey but also around the world.

HF: This interview is the first in series I am working on this spring in order to share information about Turkish women filmmakers.  Can you talk a bit about your life as a woman filmmaker in Turkey and how you see women represented in the Turkish film industry?

Although women filmmakers and writers, especially in the field of screenplay writing and directing for TV dramas, have been increasing in the Turkish film industry recently, there are not as many as people suppose. For instance, it is really hard to find women directors in the advertising sector.

As a short filmmaker, I would love to write & direct feature length films when the right time comes and when I find the opportunity. However, I wouldn’t prefer to be a new, or even older, filmmaker who has only been chasing her dreams or whose films are only being screened in some film festivals.  I’d like to make a film which reflects my vision, my artistic way as well as something that attracts many audiences across different platforms.  So it is important to find the balance and it’s really hard. 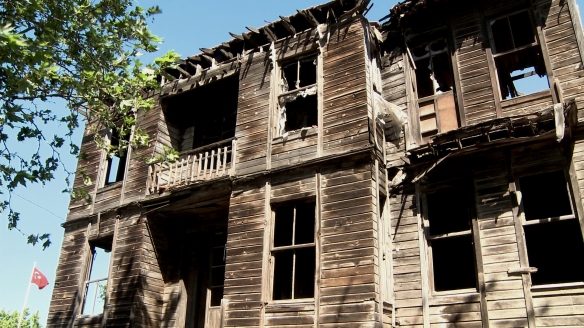 HF: What kind of audiences can you find within Turkey for film, either shorts, documentaries or feature-length films?  Is it reasonable to expect that you can license your work to television broadcasters, find DVD or online distribution agreements, or secure theatrical distribution?

OU: In Turkey, I don’t think we can mention independent filmmaking and self-distribution in real terms for feature length films, only for some shorts and documentaries. Turkish short filmmakers find their audiences mostly via festivals, special screenings or via the internet.  If they are lucky enough, their works may be broadcasted on a TV channel which shows short films and/or documentaries. However, TV channels do not pay for short films in any genre. There are some Turkish-oriented internet platforms which broadcast all genres of short films for free. I submitted my shorts to a UK-based VOD service and Metruk (The Abandoned) became the most popular short film among all the others within just five days. It was number one in the current Top 10 most-watched videos.

There are main professional distribution companies in Turkey and Turkish filmmakers mostly work with them for their theatrical or DVD distribution.  Among the other international and national VOD services and digital platforms, “Turkish Film Channel” is an online distributor especially for award-winning Turkish feature length films. 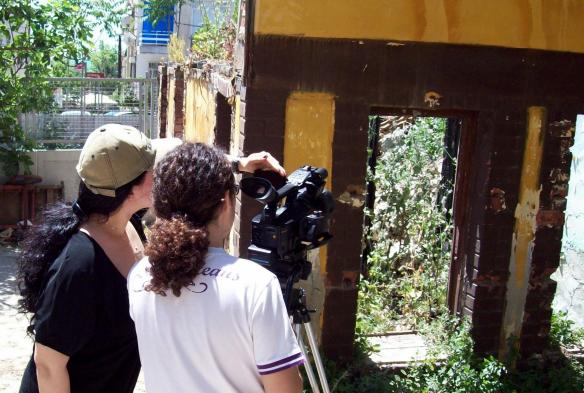 HF:   I have read in several news articles that Turkey has more working women filmmakers than Hollywood, though I have also been told that there are still woefully few women working in the Turkish film industry.  What do you see as the main challenges for Turkish women who work, or want to work, within their own country’s film industry?

OU:  Filmmaking is still a male dominated field also in Turkey as well as all around the world. However, numbers of women filmmakers have been increasing in the Turkish film industry recently.

To quote from Sinemanin Disil Yuzu (by Semire Ruken Ozturk), “6,035 films were produced in the Turkish film industry between 1914-2002 and only 96 of them produced by women directors whose population is less than 25.  [Clarification: fewer than 25 women directors made the aforementioned 96 films.]  The first woman director in Turkey was Cahide Sonku who directed the film Vatan ve Namik Kemal as co-director in 1951. She was also the first star as a remarkable actress in Turkish Cinema.”  Antrakt Sinema [newspaper] (by Deniz Yavuz) states “seventy-three Turkish films were screened in movie theaters in Turkey in 2011” and seven of them directed by women.  Furthermore one of these films was a co-director project and three of them were women.

The progress is good in Turkey yet we still need positive discrimination for women in the film industry. On the other hand, it doesn’t mean all the film projects by women have to be supported even if they are not good.  It’s not fair.  Finally, I would like to say that a “bad film” is a “bad film” whether directed by a woman or a man.