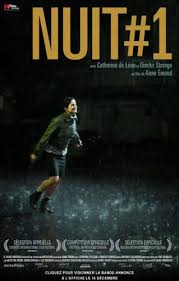 In Canada, there’s an annual celebration of film called the Genies.  The Genie is Canada’s top award for achievement in cinema.  (Those who can’t understand its importance without reading “Canada’s version of the Oscars,” well, there you go, I just wrote it.  Understand now?  Good.)  Canada’s film industry is quite interesting, especially given the presence of Quebec which functions much like European countries do, pouring money (relatively speaking) into its indigenous film industry to support it, and seeing a pretty successful box office return.  Its French-speaking audiences go to see Quebecois French-language films.  But in the English-speaking areas of Canada (pretty much everywhere outside of Quebec), the Canadian English-language cinematic landscape is often savagely mowed over by crushing U.S. competition helped in part by the U.S. ownership of Canadian movie theatres.  That’s why I love to pay attention to stories like the Genie Awards nominations and the First Weekend Club‘s plan to introduce a VOD service to stream Canadian films in order to increase audiences and support for Canadian-made movies.

Today, the nominations for the Genies were announced.  See below for a full breakdown of the nominations — women who were involved in the films are highlighted below.  Some key names that jumped out at me were Larysa Kondracki (her film The Whistleblower is nominated for Best Motion Picture, she’s nominated for Achievement in Direction, and she and Eilis McKirwan are nominated for Best Original Screenplay).  Also, I was extremely glad to see that filmmaker Michelle Latimer’s film Choke was nominated for Best Animated Short.  Latimer gave an interview to Her Film back in April 2011 which you can read here: “Authenticity of Voice.”

Trailer for The Whistleblower

There were no female directors of photography nominated in the “Achievement in Cinematography” category.

See the full list of Genie nominees by clicking here.  (Opens a PDF).