Her Film:  In a nutshell, what is your newest film i am a good person/i am a bad person about?

Ingrid Veninger:  I’m not sure that I can synopsize the film any better than Greg Klymkiw, Canadian Film Corner, does here: “The movie, i am a good person/i am a bad person, is funny and heartbreakingly moving… The world is, of course, replete with father-son pictures, but mother-daughter relationships – in terms of numbers and quality – pale in comparison. This is a film that contributes admirably to this relatively rare tradition. Ruby is a loveable scatterbrain. Her film, a crazed, seemingly political avant-garde celebration of – ahem – the penis, is set to premiere overseas at the Bradford International Film Festival in dear Old Blighty. Eighteen-year-old Sara is dragged along on the trip to be her mother’s assistant, though one gets the feeling that deep down, Mom craves some one-on-one quality time with her burgeoning daughter. Sara is decidedly serious – in general, but especially on this trip – and Mom’s carefree spirit is driving her up the wall. Mom, not totally oblivious to this, is still intent on having a good time. Things in Bradford reach a bit of a head and it’s decided that Sara will go to Paris on her own to visit with relatives and Ruby will forge on to a screening at the Arsenal Cinema in Berlin. As mother and daughter each face personal challenges, it also becomes glaringly apparent how much they need and love each other. I suspect it might not be too much of a spoiler to suggest that hard decisions are wrought and events inspire more than a few tears from even the most hardened viewers. Those who stick with the seemingly freewheeling spirit of the picture are rewarded a thousandfold during the extremely moving finale.”

HF:  As an independent filmmaker, how do you typically approach marketing and public relations?

IV:  I approach the marketing aspect of filmmaking with as much intensity as production. I have a great respect and appreciation for what Sales Agents and Distributors do, but I have never been able to hand my film over to someone and sit back. Working as a producer on Peter Mettler’s GAMBLING, GODS and LSD over ten years ago, I remember hitting the streets with my kids after school (my daughter was 10, my son was 6) armed with posters, stickers, and postcards we’d make the grassroots marketing an adventure. More recently for MODRA, my mother dressed in a traditional Slovak costume and sang folklore while handing out postcards; it’s old-school showmanship. With i am a good person/i am a bad person my son and his friend wore the pink good person/bad person sign from the movie and handed out stickers and buttons, which lead to sold-out screenings at TIFF [Toronto International Film Festival]. Directors sometimes feel embarrassed about promoting their films, but it’s our responsibility to do it. We owe it to our cast and crew and investors to maximize the exposure of the movies we make. The Toronto International Film Festival has been an essential platform for me as director with i am a good person/i am a bad person (TIFF 2011), MODRA (TIFF 2010), and ONLY (TIFF 2008). Festivals have been a springboard for my work to reach audiences, the media, and distributors both in Canada and overseas.

To maximize the promotional opportunities of an international festival it helps to join forces with a publicist; I work with Ingrid Hamilton at GATPR. Honestly, we cannot do too much to build awareness of our films; the key is to find the marketing avenues you enjoy, whether it’s social media or hosting parties, or both! Likely, you’re broke at the marketing stage and exhausted, but you have to keep going! Embrace your community and take every opportunity to celebrate. You cannot force people see your movie, but you can do everything in your power to make sure people knows it exists; that’s the full commitment of the job.

HF:  Can you talk a bit about your $1,000 Feature Film Challenge and why you’ve launched this initiative?

IV:  I am in a unique position with i am a good person/i am a bad person; I funded the production, post, and marketing 100% with my own money, and I am the sole producer. So, there is an opportunity to do something outside the box. The $1000 Feature Film Challenge is the perfect extension of the process of making i am a good person/i am a bad person. I am more excited about the run at The Royal because I know that 50% of every ticket sold is funding the Challenge. The audience is directly creating the possibility of more movies being made. If we can average 100 people per screening, then we will be able to finance 5 feature films. To guarantee that, at least, 5 features happen, I am putting up my Jay Scott Prize money of $5000, which I received from the Toronto Film Critics Association in January. Intentionally, the Challenge imposes close to impossible budget and schedule restrictions to force a different kind of inventiveness. I am inspired by responses from the Toronto filmmaking community so far. The deadline to submit is June 21st. Seeking the fearless. You will find the guidelines here: www.punkfilms.ca.

To connect with this filmmaker and to support her work, visit these links: 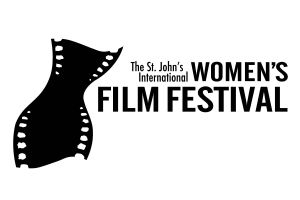 Up in Newfoundland this week the St. John’s International Women’s Film Festival is in full tilt.  This festival was founded 22 years ago this year — one of the world’s longest running women’s film festivals — and takes place annually in North America’s easternmost city on the coast of Canada.  Apart from the fact that supporting women filmmakers is a passion of mine, and even apart from the fact that I have always, as long as I can remember, wanted to visit St. John’s, I’m very excited about this festival because it is a true champion of women-made films in Canada.  With Canadian audiences being notorious for not coming out to support their own filmmakers, it’s lovely to see such a festival of Canadian films — women-made!!!! — being so enthusiastically and continuously supported through an organization like the SJIWFF. Some films are not Canadian in origin, but the vast majority are.

The festival began October 18 and runs until October 22.  Have you been?  Let me know!  I’d love to hear from people who’ve attended or who’ve had their films screened in St. John’s.  One film that is screening this year is CHOKE, directed by Michelle Latimer, who took some time to give Her Film an interview earlier this year in which she talked about Indigenous films and filmmakers and especially First Nations/Aboriginal women filmmakers.  Read the interview “Authenticity of Voice,” a collaborative piece between producer Nelson Jack Davis and myself.

I am particularly excited to see (when I can get my grubby little hands on them) Michelle Latimer’s CHOKE and Ingrid Veninger’s follow-up to her 2010 film Modra, I AM A GOOD PERSON/I AM A BAD PERSON which screened at the Toronto International Film Festival this year (read an interview with Veninger).  Another is Anita Doron’s hilarious SEVEN SINS: LUST (read about her recent funding for Lesser Blessed from the Harold Greenberg Fund) which you can watch below.

This is the list of the official selections at the 2011 St. John’s International Women’s Film Festival: