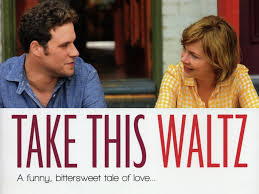 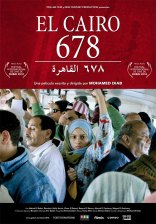 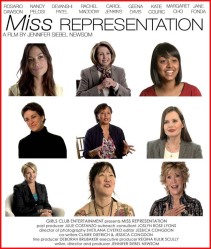 In October 1991, an attorney and law professor by the name of Anita Hill helped to call national attention to the issue of sexual harassment by testifying at a U.S. Senate hearing where she discussed her experiences having been sexually harassed over the course of several years by her supervisor, Clarence Thomas.  At that time, Thomas was a nominee for Supreme Court Justice of the United States, a position he eventually achieved after being approved by the Senate.  The U.S. Senate Judiciary Committee conducted a hearing to show they were trying (were they, though?) to get to the bottom of the whole ordeal and the sessions were broadcast on American television for days.  I had just become a teenager and didn’t quite understand the depth of the problem or the pain, embarrassment and anguish that Hill must have experienced both in her job and during the hearing itself.  It’s only been since that time, especially after starting to read feminist texts around the age of 15, that I’ve been able to comprehend the importance of this event as well as the political and cultural ideologies which helped to shape its treatment.

Professor Hill’s life was put on display for the world to see, captured for television viewers by C-SPAN, a network which this weekend also broadcast a conference at Hunter College in New York City which commemorated the 20th anniversary of Anita Hill’s testimony.  The conference, “Sex, Power and Speaking Truth: Anita Hill 20 Years Later,” was made up of a series of panels, all featuring distinguished speakers who helped illuminate the history and the social and political context in which Professor Hill’s testimony was heard, understood and processed, and discussed what is going on in the discourse surrounding sexual harassment today.  The hearing cut to the heart of America’s difficulty in discussing, let alone recognizing, the cross-discrimination that occurs (and ignorance that comes to light) when race and gender come together in a single event (including a large power structure within an even larger bureaucracy).

Professor Hill is African American.  So is Justice Clarence Thomas.  She is a woman. He is a man.  She worked on his staff.  He was her supervisor.  She claimed that he verbally sexually harassed her for many years.  He vociferously denied the claims. Both were lawyers.  The Senate committee which was convened for this hearing was almost exclusively male, almost exclusively White.  Did no one on the committee itself understand or acknowledge the inherent problem with this?  One interesting point is that most elected officials on the national American stage are also lawyers.  They understood how the power structure functioned and how the work both Hill and Thomas did was carried out on a daily basis.

Many people hated Professor Hill for what she was doing, and it was seen by some as “trying to take down a great man,” especially since her “lack” of both professional and judiciary power (not to mention social power in general as an African American woman), served as a reason for those opponents to understand her as simply wanting to gain power by attacking a man’s power.  Many men and women felt this way.  Those supporters of Professor Hill were largely drowned out and written off as troublemakers or dissatisfied minorities.  The “boys will be boys” attitude is still strongly prevalent in American society (and societies around the world), and used as an excuse for harassment of females by males.  It is refreshing and encouraging to see that the importance of Professor Hill’s testimony has been recognized and is still a source of discussion when it comes to sexual harassment and the interplay of race and gender in that discussion.  (Note that many people and organizations also opposed Thomas due to his aggressively conservative views on Affirmative Action and abortion.  The approval of his nomination to the U.S. Supreme Court was extremely close, and originally split by the Senate Judiciary Committee, but the Senate later confirmed him by a narrow margin.)

The attitudes toward this event even leaked into popular mainstream comedy.  On one episode of Designing Women, one character wore a “He did it” t-shirt — the episode was about women being at odds with each other over the issue of sexual harassment when a woman asserts a claim against a man.  This episode was discussed in the book Television Women from Lucy to Friends: Fifty Years of Sitcoms and Feminism, by Lynn C. Spangler.

Learn more by visiting the website for the event at www.AnitaHill20.org.

Have you been sexually harassed?
How many times?
How did you react?”

678 is the hauntingly real story of three women and their search for justice from the daily plight of sexual harassment in Egypt.  When one of the women resorts to stabbing harassers in the groin, she becomes a phantasmal hero that causes a nationwide stir.  The film provides a comprehensive assessment of the cause and effect of the social epidemic, demonstrating the fatal consquences of silence and furthermore the acceptance of denial as a solution, while revealing an intriguingly raw side of Egypt that the world has barely seen.

It’s encouraging to see a film like this emerge from Egypt, especially as the abuse of women in countries viewed as “developing,” “Third World,” in the “global south,” or simply “non-Christian, non-Western,” (yadda yadda yadda) is often not given any coverage in the U.S. media or, in fact, in many of the world’s most powerful nations, and Cairo 678 is receiving a lot of attention.  Women were key players in the political revolution that is playing out in Egypt.  Women who help to lead revolutions are themselves the most oppressed and attacked — that’s why they’re leading a revolution to begin with.  I haven’t yet had the opportunity to see this film, and I’m hoping, after having watched the trailer, that there isn’t a glorification of the female-inflicted violence.  This is too often a fetishistic approach by male filmmakers toward a story focused on women asserting their rights and sovereignty over their own bodies.

Should we fight violence with violence?  Firstly, sexual harassment is generally not understood as violence, which is an ENORMOUS problem in itself, and secondly, who’s to say that oppressors shouldn’t experience retribution for their attacks?  I’m not trying to incite violence, but sometimes violence is the only way to stand up for yourself.  See the typical backgrounds of women who are imprisoned in the U.S. — a vast number suffered domestic violence against which they responded violently.  Did they have a choice?  Many did not, while others were not in any position to consider another way.  Do the three protagonists in this film have a choice?

Review by The Hollywood Reporter

Interview with professor Judith Matloff on the CBC Radio program Q with Jian Ghomeshi (May 10, 2011) on sexual harassment of female reporters and the severe sexual assault on journalist Lara Logan in Tahrir Square. (Drag the timeline to minute 51:55.)